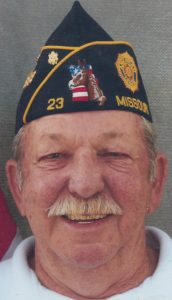 He was born the son of the late Albert Roark and Edna Ruth Smith Roark, on March 8, 1940 in Koshkonong, Missouri and died February 16, 2020 in West Plains, Missouri.

He was united in marriage October 11, 1958 in West Plains, Missouri to Mary VanWort.

He worked for the Missouri Conservation Department for 39 1/2 years as a forest district assistant. He was very proud of his Cherokee Ancestry Heritage. He served in the National Guards for ten years.

Memorial contributions may be made to Riverways Hospice or the Moody Fire Department, First Responders and can be left at the funeral home.

Burial will be in Stuart Union Cemetery, Howell County, Missouri under the direction of Carter Funeral Home, Inc., West Plains.