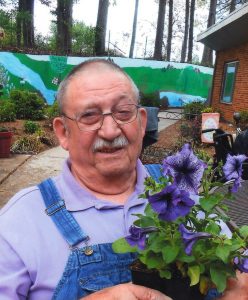 He was united in marriage on March 9, 1984 in Oregon County, Missouri to Maxine Pole Fitzgerald.

He was preceded in death by his parents, Paul and Juanita Roberts; one brother, Kelly Roberts; and two sisters, Betty Pingleton and Sharon Kay Wilburn.

He was a Christian and attended the State Line Pentecostal Church.

Paul was a farmer and a well-known trapper in this area. He enjoyed listening to running dogs, coon hunting, fishing and gardening.

Paul was an honest man, always willing to help where help was needed. He will be missed by his family and many friends.

Funeral services for Paul James Roberts will be held Monday, April 24, 2017 at 2:00 PM at the Carter Funeral Home Chapel in Thayer, with Brother Wayne Hurst officiating.

The family will receive friends at the funeral home on Sunday, April 23rd from 6-8 PM.