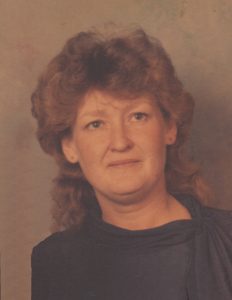 Glenda Sue Collins, daughter of Betty O’Neal Collins and the late Lloyd James Collins, was born October 12, 1952 in Howell County, Missouri and died July 26, 2015, at the age of 62 years.

She was united in marriage December 16, 1968 in Kansas City, Missouri to William Lee Collins.

She was of the Christian faith and attended the Siloam Springs Church all of her life. She loved spending time with all of her babies.