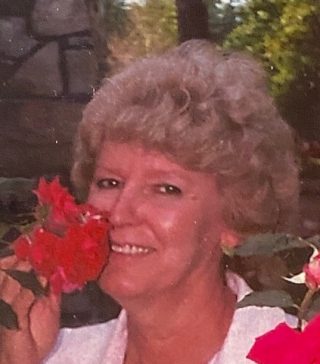 Donna Dee Qualls was born in Albuquerque, New Mexico, the daughter of Thomas Wickham and Martha Lee Nelson Wickham on December 30, 1938 and departed this life on March 20, 2020 at her daughter’s home in Mountain Home, Arkansas, at the age of 81 years.

She was united in marriage to Luther D. Qualls on April 29, 1957 in Pontiac, Michigan.

She was preceded in death by two sisters, Loretta Linson and Marilyn Judkins.

Donna was a Christian and of the Baptist faith.

She went to school in Thayer, Missouri.

Donna was a great cook.  In addition to cooking at home, she was a cook at the Country Cottage in Thayer.

She liked gardening, growing both vegetables and beautiful flowers.

She will truly be missed by her family and all that knew her.

Interment was in Walker Cemetery in Thayer, Missouri with services under the direction of Carter Funeral Home, Inc. in Thayer.