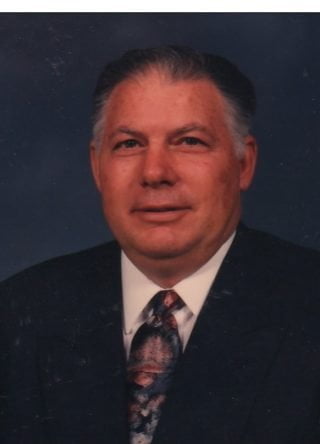 Bobby L. Harrell was born in Chicago, Illinois, the son of Ernest Harrell and Lula Mae Haas Harrell on January 8, 1942 and departed this life on September 11, 2020 at Baxter Regional Medical Center in Mountain Home, Arkansas, at the age of 78 years.

He was united in marriage to Charlotte Harrell on March 29, 1973 in Campbell, Texas, who preceded him in death.

He was preceded in death by his parents, Ernest Harrell and Lula Mae Allen; and his wife, Charlotte Harrell.

Bobby was a Christian and baptized in the Church of Christ.

After graduating from Alton High School, he joined the U.S. Navy, and faithfully served his country four years.  Following his active service, he served and then retired from the Army Reserve.

After his military service, he worked as a maintenance man, and retired from that position at Texas A&M University.  He also was a licensed pilot and enjoyed flying.

While in Texas, Bobby was raised to the degree of Master Mason by Bethel Lodge No. 134.

Bobby loved his family, especially being with his grandchildren and great grandchildren.  He will be remembered as a loving husband, father, and grandfather.  He will truly be missed by all that knew him.

Graveside services for Bobby L. Harrell will be held on Monday, September 14, 2020 at 1:00 p.m. at Thayer Cemetery in Thayer, Missouri with Pastor Andy Hanson officiating.

Burial will be in Thayer Cemetery with services under the direction of Carter Funeral Home, Inc. in Thayer, Missouri.