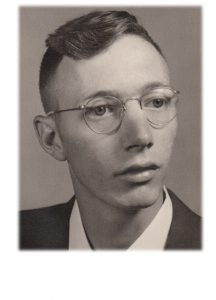 Wayne Alfred Forester was born January 17, 1937 to Alfred and Nora Lee Coldiron Forester on the family farm near Koshkonong, Missouri, and died on October 12, 2015 in West Plains, Missouri.
He is survived by one sister, Sally Morris and husband Jack, Benbrook, Texas and several nieces and nephews.

Wayne was a gentle man with a beautiful smile for everyone he met. He will be sadly missed by all who knew and loved him.

Burial will be in Union Hill Cemetery, Howell County, Missouri under the direction of Carter Funeral Home, Inc., West Plains.