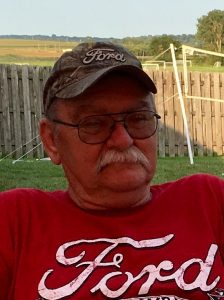 Ronald Wayne Trobaugh, 67, of Koshkonong, Missouri was born on November 7, 1952 in Kansas City, Missouri, the first child of Walter and Pauline (Murphy) Trobaugh. There the family resided until moving to the country just a few miles west of Thayer, MO in 1968. Ronald finished his education at Koshkonong High School, where he enjoyed playing baseball, and graduated in 1970.

He was called to duty by his country, serving in the United States Army from 1970 to 1972. Following his service, he worked for a time for the United States Forest Service, worked at his father’s sawmill, and worked with his father in construction on many buildings and homes in Thayer, Mammoth Spring and Cherokee Village, including, ironically, Carter Funeral Home.

In 1976 he was married to Rosemary Staley, and though the union did not last a lifetime, they gifted the world with two amazing sons, Jody Trobaugh and Gabriel (Gabe) Trobaugh.

Ron was interested in many things and tried his hand at small dairy farming and raising hogs. He worked at a local sawmill and eventually went into business for himself, running his own sawmill until his health forced him to retire in 1996.

In 1993 fate brought Ron together with Theresa (Chris) Cushing and her ten year old son, Nathan, who he treated as his own. After 14 years together, Ron and Chris were married on September 29, 2007, the anniversary of their first date. During the course of their 27 years together, Ron and Chris added two young toddlers, nephews, to their home, and Adam and Alex Rosseau grew up calling them Dad and Mom.

He loved so many things in life. Family first, wife, children and grandkids. He loved Nascar, the St. Louis Cardinals and the Kansas City Chiefs. He loved coaching his kids in Little League when they were young and watching his grandkids play sports. Ron liked to watch old westerns and read western books. Auctions were a favorite pastime and he loved cars. He was a Ford man and dreamed of one day restoring his 63 ½ Ford Galaxie. His story telling about the past is something his family will cherish – so many stories.

Ron is survived by his wife, Chris Trobaugh; his sons, Jody Trobaugh and Gabe Trobaugh (Becka); his adopted “sons”, Adam and Alex Rosseau; his sister, Linda (Trobaugh) Wheeler; his grandchildren, Ireland, Paige, Asa, Bailey, McKinna and Evan; several cousins, nieces and nephews and their children; other relatives and many friends.

He was preceded in death by his parents, Walter and Pauline Trobaugh; his brother, James Ray Trobaugh; and his stepson, Nathan Cushing.

Funeral services for Ronald Wayne Trobaugh will be held on Saturday, February 15, 2020, at 2:00 p.m. at the Carter Funeral Home Chapel in Thayer, Missouri with Brother John Holesapple officiating.

The family will receive friends from 1:00 p.m. until service time on Saturday, February 15, 2020 at Carter Funeral Home in Thayer.

Burial will be in Wayside Cemetery in Koshkonong, Missouri with services under the direction of Carter Funeral Home, Inc. in Thayer.