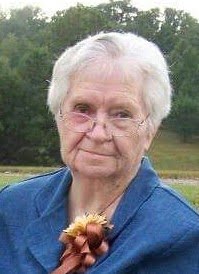 She was born the daughter of the late William Earnest Mayberry and Rose Viola Driskell Mayberry, on June 13, 1929 in Dora, Missouri and died December 14, 2015 in West Plains, Missouri.

She was united in marriage January 31, 1947 in West Plains, Missouri to Delbert Shipley, who preceded her in death February 1, 2010.

She was preceded in death by her husband; her parents; two daughters, Wanda Shipley and Pat Andrews Collins; four brothers, Olen, Cleon, Paul, and Haskell Mayberry, and one sister, Betty Shipley.

Burial will be in Ball Cemetery, Dora, Missouri, under the direction of Carter Funeral Home, Inc., West Plains.
.