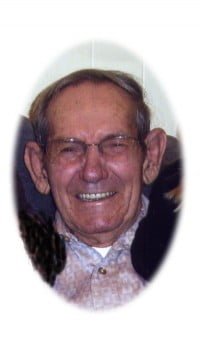 John L. Busch was born the son of Ernest Busch and Fanny Wrenfrow Busch on May 11, 1928 in Ravenden, Arkansas and departed this life February 1, 2011 in Salem, Arkansas at the age of 82 years.

He was united in marriage on September 5, 1951 at Salem, Arkansas to Mary Dodge.

He was a Veteran of the United States Army, proudly serving his country during the Korean Conflict.

John was employed by Lincoln Mercury in St. Louis, Missouri for many years. After returning to this area, he was employed as Manager of Stateline DX gas station for several years. He was a farmer and enjoyed fishing on Spring River.

He was a member of the Mammoth Spring Church of Christ, a devoted husband, father, grandfather and brother.

He will truly be missed by his family, his many friends and the community in which he lived.

Funeral services will be held Thursday, February 3, 2011 in Carter Funeral Home Chapel at 2 PM. The body will Lie in State from 8 AM Thursday until service time. Burial will be in Field Creek Cemetery in Mammoth Spring, Arkansas.