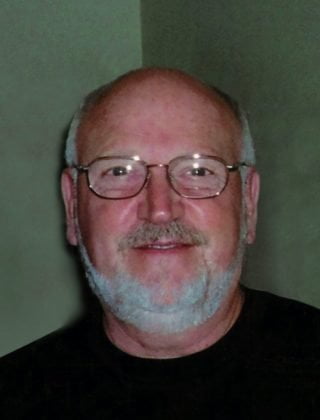 Jack Dean Johnson was born the son of the late Harold Willis Johnson and Mary June (Smith) Johnson, on May 24, 1945, in Mammoth Spring, Arkansas, and departed this world on Monday, September 21, 2020, in his hometown, at the age of 75.

He was united in marriage on August 24, 1970, in Las Vegas, Nevada, to Mary Nanette (Edwards) Crighton.  From that marriage he is survived by his children, Dane Johnson, and wife Delica, of Thayer, Missouri, and daughter Sarah Johnson of Mammoth Spring, Arkansas.

He was preceded in death by his parents; one sister, Peggy A. Edwards; one nephew, Kelly Keylon; brothers-in-law, Joe M. Hilton and David P. Garner; and sister-in-law, Pam Johnson.

He proudly served his country as a Hospitalman Third Class of the United States Navy being designated Corpsman of Marine Aircraft Group 36 from 1963 to 1967, 13 months of which were spent in the Vietnam War.  There he received the high honors of a Purple Heart, Aircrew Badge, Air Medal, and the Republic of Vietnam Campaign Medal.  After completing his time in the military, Jack attended the University of Missouri – Kansas City, graduating with a Bachelor of Science in Pharmacy in 1974.  He continued his service, now as a pharmacist, at the Kansas City VA Medical Center.

Jack experienced great strength in family.  From spending time with his children, to bonding closely with his grandchildren, he was happiest when he was with those he loved.  Sunday lunches were an essential part of his week giving him time to catch up with his siblings.  Outside of family, he loved spending his days on the river and visiting the California or Florida beaches when occasion permitted.

He found pleasure in his many years serving the community as a pharmacist; getting to know his patients was his favorite part.  As those who were familiar with him would attest, once Jack was in your life, he stayed forever.  He was always there to lend an ear, offer a word of encouragement, and took a deep interest in others’ lives.  He will be fondly remembered for the love and life he shared.

Services to be announced at a later date with arrangements under the direction of Carter Funeral Home, Inc. in Thayer, Missouri.