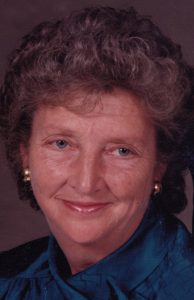 She was born the daughter of the late Howell McLain and Cecil Newberry McLain, on March 5, 1931 in Salem, Arkansas and died February 15, 2020 in West Plains, Missouri.

She was preceded in death by her parents; her husband, and one brother, J.C. McClain.

She was a dog lover, especially her poodles. She owned and operated a dog kennel for over 35 years. She had attended the Curry Street Church of Christ, West Plains, whenever she was able to be out and about.

Burial will be in Mt. Calm Cemetery, Fulton County, Arkansas, under the direction of Carter Funeral Home, Inc., West Plains.