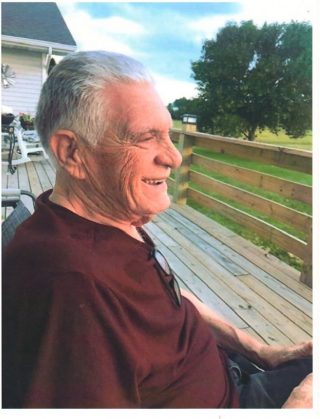 Glen Dale Allen was born the son of Howard Golden Allen and Reva Norman Allen on May 28, 1943 in Pocatello, Idaho, and departed this life at his home in St. Peters, Missouri on June 14, 2020 at the age of 77 years.

He was united in marriage to Mary Lee Mills on March 4, 1961, in Couch Church in Couch, Missouri.

He was preceded in death by his parents, Howard Allen and Reva Decker; and his father-in-law, Robert Lee Mills.

Glen was a Christian and a member of the Life Church in St. Peters, Missouri.

He worked for McDonnell Douglas in St. Louis, Missouri, ending his career as a production superintendent.

He liked fishing and hunting, but most of all, he loved his family.  He will truly be missed by his family and all that knew him.

Funeral services for Glen Dale Allen will be held on Saturday, June 20, 2020 at the Carter Funeral Home Chapel in Thayer, Missouri with Brother Russell Hensley officiating.

Burial will be in Cave Springs Cemetery near Alton, Missouri with services under the direction of Carter Funeral Home, Inc. in Thayer, Missouri.