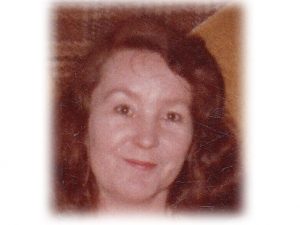 She was born the daughter of the late Lewis S. Croney and Dolly Mae Fields Croney, on May 26, 1942 in Howell County, Missouri and died September 20, 2015 in West Plains, Missouri.

She was united in marriage to Billy Ray Birdsong, who preceded her in death January 24, 2015.

She was preceded in death by her parents; one daughter, Wyvetta and son, Tommy and former husband, Billy Birdsong; four brothers, Delbert, Raymond, Chester and Lloyd Croney, and three sisters, Dorothy Richardson, Audrey Collins, and Ruby, who died at the age of 5 days.

Burial will be in Mount Zion Cemetery, Howell County, Missouri, under the direction of Carter Funeral Home, Inc., West Plains.