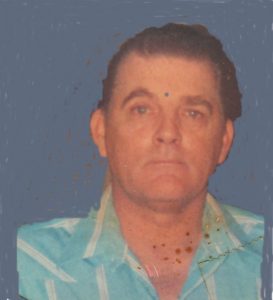 He was united in marriage to Eva Ford and to this union two children were born, Kimberly and Ronnie.

He was preceded in death by his parents, Amil Simms and Luther and Irene Wideman, and one sister, Shirley Manes.

Ray was a Veteran, proudly serving his country in the United States Army.

He was an avid outdoorsman, and enjoyed most outdoor activities, especially, fishing and hunting. He also enjoyed making knives and looking for arrowheads.

During his working career, Ray was a lineman, working for several contract companies.

He was of the Free Will Baptist faith. He will be remembered as a loving companion, father and grandfather, and he will truly be missed by all.

The family will receive friends at the Carter Funeral Home Chapel on Sunday, from 12:00 noon until 1:30 PM.

Burial will be in Two Mile Cemetery.