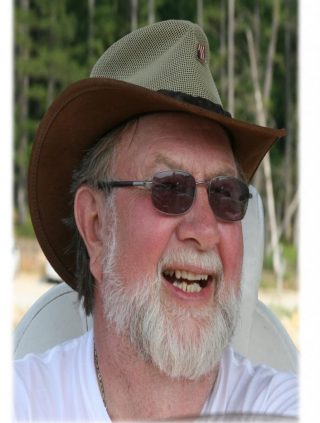 David Paul Garner was born November 26th, 1945. He left this life on Thursday, April 16th, 2020, somehow, without exception, in ways small or large, having left an indelible memory on every single person that met him.

He is survived by his wife, Shirley, of Mammoth Spring, AR, and children:
Teresa Schabacker of Rochelle, IL; Dee Dee Lechner of Bluff City, TN; Clint Garner of Spanish Fort, AL; Kasy Cates of Cherokee Village, AR and Tracy Jones of Springfield, MO. Dave has 14 grandchildren and 8 great grandchildren, and the rest of you that he too thought of as family.

He was a Christian.

Dave worked in construction and as a claims adjuster.  He enjoyed painting, fishing, hunting, golfing and singing.  He loved spending time with friends and family at the lake.

Anyone who ever met him will remember him fondly.  And he wants you to know how much you meant to him too.  Tell your stories about him, because he told stories about you too.

Burial will be in Riverside Cemetery in Mammoth Spring, Arkansas with services under the direction of Carter Funeral Home, Inc. in Thayer, Missouri.