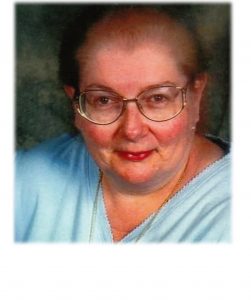 She was born the daughter of the late Harold Ogden and Anna Lee Simpson Ogden, on January 1, 1951 in Rockford, Illinois and died December 30, 2015 in West Plains, Missouri at the age of 64 years and eleven months.

She was preceded in death by her parents; one son, Michael Thomas and one daughter, Jennifer Thomas.

She attended the First Freewill Baptist Church in West Plains. She loved spending time with her grandchildren.

Burial will be in Wilderness Cemetery, Oregon County, Missouri, under the direction of Carter Funeral Home, Inc., West Plains.