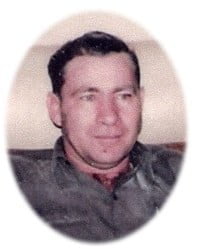 Gene Lloyd Bresee was born the son of Ray C. Bresee and Stella M. Bennett Bresee on January 8, 1941 in Iola, Kansas and departed this life March 16, 2012 at his home near Thayer, Missouri at the age of 71 years.

He was united in marriage November 12, 1957 in Iola, Kansas to Esther Johnston who preceeded him in death April 4, 2011.

He was preceded in death by his parents, Ray and Stella Bresee; his wife Esther Bresee; one brother, Roy Bresee; one great-grandson, Tyler James Bresee and one grandson-in-law, Brian Maddox.

Mr. Bresee was a carpenter by trade. He was known for staying busy as he enjoyed rebuilding small engines and repairing milking machines. In his spare time he could be found hunting and fishing.

He was a devoted husband, father and grandfather. He will truly be missed by his family, his many friends and all who knew and loved him.