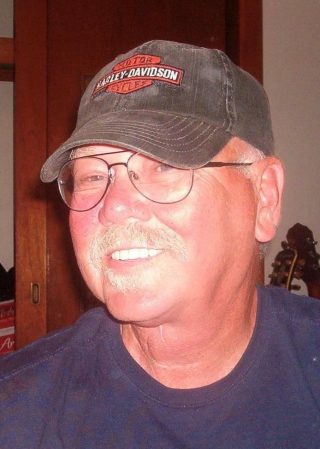 Ray Eugene Edwards was born the son of the late Norman Ray Edwards and Elnora Rosella (Ridgeway) Edwards on September 17, 1951 in Thayer, MO and departed this life at his home in Thayer, MO on June 5, 2020 at age 68 with his daughter Carrie by his side.

He was preceded in death by his parents, Norman and Elnora Edwards; his son Michael Ray Edwards; two brothers Wayne Edwards and Ronald Edwards; and one sister Mary Beth Edwards.

Gene was from the class of 1969 at Memphis Tech high school. He was a proud veteran. He rose to the rank of a chief petty officer and retired after 22 years of decorated service in the United States Navy.  After his military service, he worked and then retired from the Burlington Northern Railroad.

He enjoyed playing and collecting guitars, collecting guns, playing golf, airbrushing, hunting, fishing, building, and listening to Johnny Cash.  However, most of all, he loved riding his motorcycle and traveling. If anyone called him for help, he would be always be there.

Gene was a member of Amvets, the American Legion in Thayer and the Clifton Masonic Lodge.

He will truly be missed by his family and friends.

Military honors for Ray Eugene Edwards were held on Saturday, June 13, 2020, at 12:00 p.m. in Thayer Cemetery in Thayer, Missouri.