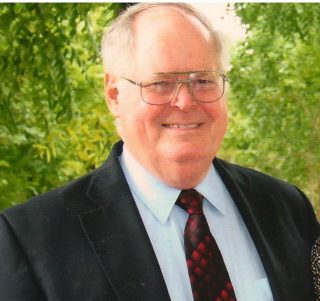 On Monday, August 24, 2020, Ralph Edwin Scogin passed away peacefully at his home in Thayer, Missouri at the age of 69.  While we are deeply saddened to lose him in this life, we are thankful he laid down to rest on earth, and woke up in Heaven with his Lord and Savior, Jesus Christ.

Ralph was a pastor and dedicated his life to spreading the Gospel and serving others continually.  He was a loving and nurturing husband, father, grandfather, uncle, brother, great grandfather and friend.  He will be deeply missed by many. To know him was to be blessed by him.  His children and grandchildren brought him great joy in this life.  He truly cherished all of the precious memories he had with family.

Ralph was preceded in death by his mother, Marjorie Hoy-Scogin; his father, Emory Scogin; his sister, Opal Scogin;and his son, Daniel Ray Scogin.

Ralph served for many years as a pastor for the Koshkonong Assembly of God.  Before moving to Missouri, he was the pastor of the Assembly of God Church in Owensville Indiana.  He was the current pastor of Grand Gulf Shiloh Church in Thayer, Missouri.  By trade, he worked in industrial and electrical maintenance.  He spent many years teaching at ITT Technical Institute.  He was also a landlord and very skilled in being the “fixer of all things” for his family and friends.  He enjoyed fishing, coin collecting and being a servant of Christ to the community.  He will truly be missed by his family, friends and the community in which he lived.

Funeral services for Ralph E. Scogin will be held on Wednesday, September 2, 2020, at 10:00 a.m. in the Carter Funeral Home Chapel in Thayer, Missouri.

Burial will be on Wednesday, September 2, 2020 in the Riverside Cemetery in Mammoth Spring, Arkansas with services under the direction of Carter Funeral Home, Inc. in Thayer, Missouri.

Honoring what would have been his 70th birthday, there will be a Celebration of Life Service at the Riverside Cemetery on September 30, 2020 at 11:30 a.m.

All family and friends are invited to help remember the life of Ralph Scogin.