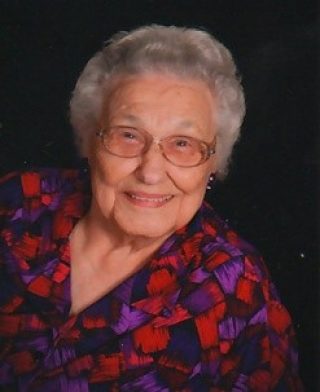 Lena Marie Preston Daily, daughter of the Late Frank and Lillie Scott Preston was born February 28, 1919 at Thayer, Missouri and departed this life April 3, 2020 at Shady Oaks Healthcare Center in Thayer, Missouri at the age of 101 years, 1 month and 6 days.

She was preceded in death by her parents, Frank and Lillie Preston; her husband, Clyde Daily; and two children, Virginia Ann Roller and James Edward Daily.

She was a member of TOPS of Pine Bluff, Arkansas for many years.

Lena graduated from Thayer High School in 1938.  She got her LPN license when she was fifty years old after she lost her husband.

She enjoyed crocheting and made baby afghans until shortly before her death.

She will be missed by her family and all that knew her.

Private services will be held at a later date.

Arrangements are under the direction of Carter Funeral Home, Inc. in Thayer, Missouri.