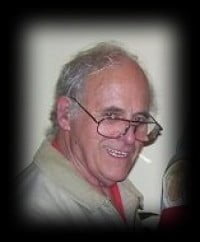 Jay A. Berry of Quincy passed away July 31, 2013 at the age of 84. Jay was an electrician for Local 103 for 64 years. He was a veteran of the U.S Army. Jay traveled the world and was loved by all whose life he touched. He was the father of David Berry of Forest, Ohio; brother of Donn Berry of Weymouth and the late Edward J. Berry and Mary Berry; son of late John E. Berry and Lillian (OToole). He is survived by numerous nieces, nephews; grandchildren, Brandon Berry and Jeremy Berry; and great-grandchildren, Braxton, Abby, Azrael and Lucas Berry, all of St. Augustine, Fla.

Jay lived here in the West Plains area for over 20 years and attended St Mary’s faithfully. He has always been a very creative, compassionate individual whom always had a good story to share and he never hesitated to help a person in need. He considered all of his friends here as family, as we did with him. He was blessed to have time with his own family back in Boston and to do a few things that he had wanted to do for a long time, before passing on to be with our heavenly father.