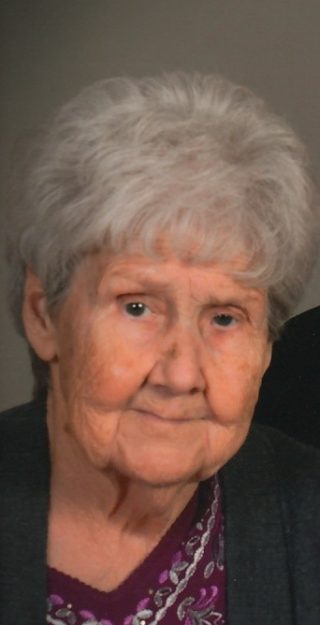 Hazel Lavern (Agnew) Gower was born the daughter of Walter Agnew and Judy Lavena (McFann) Agnew on October 19, 1937 in Randolph County, Arkansas and departed this life on May 7, 2020 at Shady Oaks Healthcare Center at the age of 82.

Hazel was united in marriage on December 8, 1956 in Thayer, Missouri to William (Bill) Gower.

Hazel was preceded in death by her parents, Walter and Lavena Agnew; one daughter, Janet Gower; her sister-in-law, Della Faye Agnew; and a special aunt, Mabel Gower.

She was a member of the Thayer Church of Christ, a devoted wife, mother, and grandmother.  She will truly be missed by her family, friends and the community in which she lived.

Graveside services for Hazel Lavern Gower will be held Saturday, May 9, 2020 at 4:00 p.m. at the Thayer Cemetery in Thayer, Missouri with Erman Croney and Travis Quertermous officiating.

Burial will be in Thayer Cemetery with services under the direction of Carter Funeral Home, Inc. in Thayer, Missouri