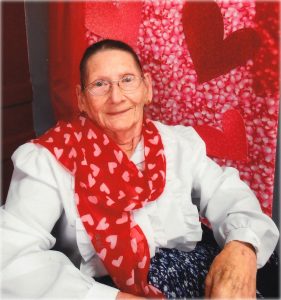 Goldie (Powell) Dawson Davenport was born the daughter of Ocal Powell and Leta Rutledge Powell on April 8, 1927, in Oregon County Missouri, and died April 7, 2017, in Thayer, Missouri at the age of 89 years.

She was deeply devoted to her family and will truly be missed by all that knew her.

Funeral services for Goldie Dawson Davenport will be held, Tuesday, April 11, 2017 at 2:00 PM at the Carter Funeral Home Chapel in Thayer with Brother Anthony Woods officiating.

The family will receive friends on Tuesday, from 1:00 PM until service time.

Burial will be in Thayer Cemetery with services under the direction of Carter Funeral Home, Inc. in Thayer, Missouri.