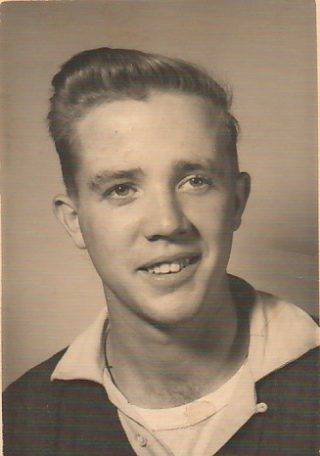 Donald Eugene Linson was born in Oregon County, Missouri, the son of James F. Linson and Elsie A. Grooms Linson on May 3, 1939, and departed this life on March 26, 2020 at Shady Oaks Healthcare Center in Thayer Missouri, at the age of 80 years.

He was united in marriage to Loretta Ann Slover on November 5, 1960 in Thayer, Missouri, who preceded him in death on October 24, 2008.

He was preceded in death by his wife, Loretta Linson; and one infant daughter, Terry Linson.

Donald attended high school in Koshkonong and graduated as valedictorian of his class.

He was a member Koshkonong Free Will Baptist Church in Koshkonong, Missouri.

Donald worked for over thirty years in glass manufacturing in Streator, Illinois.

He was a life-long St. Louis Cardinals baseball fan, even when he lived in Illinois.

Donald loved his family, especially his grandchildren He will truly be missed by his family and all that knew him.

Graveside services for Donald Eugene Linson will be held at 2:00 p.m. on Saturday, March 28, 2020 at Walker Cemetery in Thayer, Missouri.

Burial will  be in Walker Cemetery in Thayer, Missouri with services under the direction of Carter Funeral Home, Inc, in Thayer.