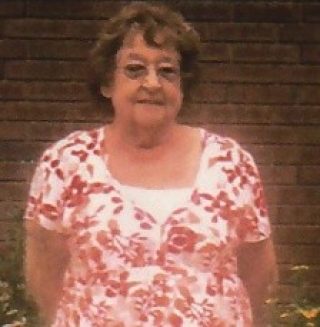 Betty Lou Wrenfrow was born the daughter of Ozie Albert Brewer and Lorine Combs Brewer on February 19, 1936 in Oregon County, Missouri and departed this life on June 25, 2020, in Willow Springs, Missouri, at the age of 84 years.

Betty is survived by one daughter, Jeanette Dethrow, and husband, Mark of Mountain Grove, Missouri; two grandchildren, Logan N. Dethrow of Cambridge, Massachusetts and Kelsey L. Dethrow of Springfield, Missouri; one sister, Brenda Brewer; several nieces and nephews; other relatives; and many friends.

She was preceded in death by her parents, Ozie and Lorine Brewer; her husband, Truman Wrenfrow; and her half-brother, Donald Brewer.

Betty attended Centerpoint Church of God of Prophecy, and when she moved into town she attended Thayer Free Will Baptist Church.

She graduated from Couch High School in 1954, and after graduation, she walked down Olive Boulevard in St. Louis and had a job the next day at Commonwealth Insurance Company where she worked for many years.  In 1961 she moved with Truman and Jeanette to Wright City, Missouri.  While there, she took care of Jeanette and worked as an Avon Representative.

Betty and Truman moved back to her home place and built a new home where she lived until Truman’s death at which time, she moved into town.  In her free time, she liked to hand embroider quilts and go to the Dairy Queen.  She was also active in the Ladies Auxiliary of the Disabled American Veterans (DAV).  During her 60s, she attended vo-tech school to learn computer skills.  This led to her Facebook usage which allowed her to keep up with family and friends.

She was a loving wife, mother and grandmother and was loved and will be missed by all who knew her.

Burial will in Cotton Creek Cemetery near Jobe, Missouri with services under the direction of Carter Funeral Home, Inc. in Thayer, Missouri.